The world continues to witness a historic convergence of multiple and intersecting crises, finance, energy, food and climate, to name just a few. The mainstream Capitalist solutions being proposed by transnational corporations, Global North governments, as well as multi-lateral institutions such as the United Nations (UN), firmly centre the aspirations of the global elite while those who sit at the intersections of these structural inequalities continue to be treated as disposable.

But resistance is always fertile! There is growing global movement of feminists, queer and trans collectives, union workers, informal traders, Indigenous Peoples, peasant farmers, fisherfolk, to name just a few, who not only work to destroy the systems of oppression but are also collectively work to re-define a transnational and cross-movement politics of solidarity for our times.

Nyambura’s presentation will engage with the long histories and possibilities of co-creating transnational eco-justice-feminist movements that centre the politics and praxis of anti-capitalism and decolonization.

Ruth Nyambura is a Kenyan feminist and organizer whose research interests are primarily on the agrarian political economy/ecology of Africa as well as other parts of the Global South. She has previously worked as the head of advocacy for the African Biodiversity Network (ABN).

Ruth’s research also analyzes the rapidly changing policy and legislative frameworks across the continent related to biosafety and Trade Related Aspects of Intellectual Property Rights (TRIPS) regime which are not only criminalizing the rights of small-holder/-peasant farmers to use their traditional/indigenous seeds but are also opening up the space for foreign agri-business companies on the continent.

Nyambura is the founder and convenor of the African Ecofeminists Collective as well as the No REDD in Africa (NRAN) Collective which challenges forest related carbon markets and documents the impacts of these schemes on local communities in Africa. She is a board member of the Climate Justice Fund (CJF). Ruth holds an LL.M in Comparative Law, Economics and Finance from the University of Turin (UNITO), Italy and has been a judge on the International Tribunal on the Rights of Nature.

By dialing *9 you can raise your hand in the webinar and the host can unmute you.
Calling in from somewhere else? Find you local number: https://uni-frankfurt.zoom.us/u/acgclsvHle. 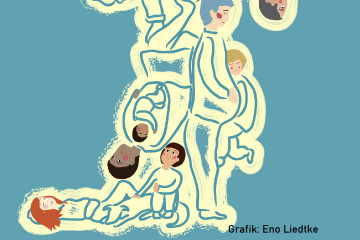